12 Common Translation Mistakes That Cause Great Loss To The Company

To be successful doing business abroad, you need to know how to appeal to a global audience, which means messages must be free of translation errors. In fact, translation errors have produced disastrous results for some international brands trying to capture new markets abroad. Translation mistakes cost the company's brand and products. In some cases, a product withdrawal and rebranding is necessary for a particular market. On the other hand, a brand can take years to recover from an unintentional mistake, costing the company millions of dollars to fix.

It is unfortunate that a translation error occurs, but there are also underlying factors why translation errors are costly, including inadequate research, lack of cultural knowledge and short time to prepare. launched the product abroad. Some errors are also caused by using translation methods and tools that are not suitable for archiving. 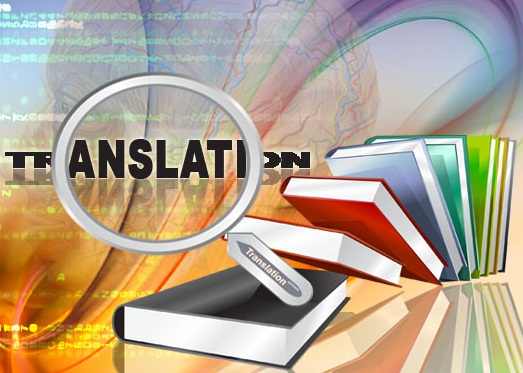 Here are some translation errors over the years that have had disastrous results. Some of these are classic examples of why you should pay for translation services to ensure that you get locally culturally appropriate and accurate translations.

UK-based HSBC Holdings ran the Assume Nothing campaign for five years starting in 2004. But in 2009, the company had to stop the campaign and spend millions of dollars to make it happen. HSBC is a private bank with global operations. When they decided to bring their 'Assume Nothing' campaign to overseas markets, the company failed to test how their tagline would translate into other languages. The error occurs when many countries translate 'Assume Nothing' to 'Do Nothing', which conflicts with the campaign's goal to urge people to use the bank's services. The error cost the bank $10 million to create a rebranding campaign, using “The World's private bank” as the new tagline.

When KFC entered China in the 1980s, the restaurant chain failed to oversee the translation of its famous tagline "Finger-lickin' good." In Beijing, the slogan has been translated as 'Eat your fingers off,' the notoriously unappetizing fried chicken. The tagline, however, caught on early, allowing the fried chicken franchise to correct the translation. The mistranslations didn't hurt the company much, but they learned their lesson to be careful with translations when launching their products in other countries. Today, KFC is the leading quick-service restaurant in China, operating in more than 850 cities.

Coors is an American beer brand that launched its campaign in Spain, using the same campaign they ran in the US bearing the slang slogan, 'Turn It Loose.' Since slang used in a given country is often not translated with quality in other languages, the company has been cautious about its use. When translated into Spanish, 'Turn It Loose' turns out to be 'Suffer from diarrhea.' This mistranslation caused revenue loss for the company.

Electrolux is a successful home appliance manufacturer from Sweden. The company's products are present all over the world. In many countries, companies have been able to avoid using English for marketing and advertising campaigns. However, the company went outside of its comfort zone when it launched an advertising campaign for its vacuum cleaner product with the tagline, 'Nothing sucks like an Electrolux' in the United States where the majority of the population speaks English. The catchphrase is grammatically correct, as the Scandinavian company didn't understand that the term 'sucks' had another meaning. When using the idiom, something 'suck' means that something is bad or you don't like it.

Ford is a major player in the automotive industry, dating back to the early 1900s. The business has subsidiaries around the world. You would think they would be very successful when they launched in foreign markets. In Belgium, the company has aimed to focus on its excellent manufacturing capabilities. Ford did not localize the advertising campaign, still using the same campaign slogan, 'Every car has a high-quality body.' English speakers understand that the 'body' mentioned in the tagline is the bodywork. However, when translated into Dutch, it became, 'Every car has a high-quality corpse.' Who would buy a car with a dead body, even if it was of high quality?

The airline Braniff may have gone out of business but the airlines made the headlines in 1987 when they launched their campaign in the Spanish market. Thinking everything would be fine, the company used the same campaign they were using in the United States, focusing on their new leather seats. So they started using the 'Fly in Leather' campaign, which translates as Vuela en Cuero. The translation performed well in Latin American countries but failed miserably in neighboring Mexico, whose tagline also means 'Fly naked.' This is not what anyone would expect as an air traveller.

It's not just slogans that are prone to mistranslation when used in other countries. American Motors discovered it when they launched their midsize car in Puerto Rico. The car, called the Matador, was introduced in Puerto Rico in the early 1970s. Unknown to American Motors, the word matador means killer in Spanish. So they can hardly market a car as a potential killer when used on the road.

Understanding the culture of the new market is something that should be considered in strategic marketing planning. It could be said that 'ignorance excuses no one'. Proctor & Gamble was in trouble when it introduced the Pampers diaper brand in Japan. The trademark packaging shows a stork holding a baby by its beak, supposedly to deliver the baby to its parents. This packaging is commonly used in the United States as a symbol of early childbearing, popularized by a story by Hans Christian Andersen. But that is not the case with Japanese parents. When the company did their final research, they discovered that Japanese people hesitate to buy diapers because the association of a baby with a stork is not part of Japanese folklore. In Japan, babies are delivered to their parents by giant peaches floating in the river.

Note: Medical Interpretation Errors That Put Your Life at Risk

Pepsodent is a brand of toothpaste and one of its advertising slogans is, 'You'll wonder where the yellow went when you brush your teeth with Pepsodent!'. However, when Pepsodent entered the Southeast Asian market using the same advertising campaign, the brand failed. The reason is that in many areas in Southeast Asia, such as Vietnam, Indonesia, and some parts of the Philippines, it is a tradition among members of different ethnic groups to blacken teeth as they believe it helps to increase the color of teeth. enhance their sexual attraction. It's not a case of mistranslation, but rather a lack of research and preparation for product and brand localization. Pepsodent had to withdraw from the Southeast Asian market for this reason.

Global car maker Mercedes Benz, based in Germany, has had some trouble entering China. When the brand name was translated into Chinese, its name was written as Bensi. However, the name means 'Rush to die' in Chinese. That's not flattering or even a good name for a car. Mercedes Benz had to make some changes and changed its name to the Benchi brand. This time, the name means running as fast as if you were flying, more suitable for a car with durable performance.

Vicks is known in many parts of the world for its topical oils. Furthermore, the company offers other products for colds and coughs, including Vicks Cough Drops. When it introduced the cough medicine to the German market, the company forgot that the letter V is pronounced F in German. They only noticed it after the product was released. Therefore, the brand when pronounced in Germany sounds like a profanity. To remedy this situation, Vicks had to change the name of their product to Wicks for all German-speaking markets.

Note: How to Become a Pro Copying Expert

There are cases where it is very difficult to translate advertising slogans from one language to another, because some slogans are effective in the local language but have different meanings or are difficult to explain in other languages. So you need to work with professional translators. Besides, you need to plan for internationalization, localization and creative translation. This language service's processes will help your brand succeed globally.

Mistakes in translation can be effectively avoided when you work with a professional translation company. Idichthuat work with translators who are native speakers. This ensures that you get accurate translations no matter how big or small your project is. We offer a full suite of language services so you don't have to look for other service providers. We help businesses with global communication needs, from translation, localization and creative translation to all types of interpretation services. Make sure your message is communicated properly and effectively in over 100 languages ​​with Idichthuat. So Contact us Contact us today for a consultation and quote on the same day!