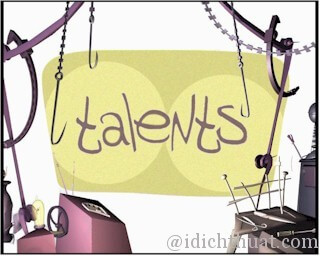 Over the last 40 years, general education has made sizable contributions to training students for university studies, with an average turnout of 4000 successful candidates every year.

Futher, the recognition that numerous local high school students have received in national and international competions bears testimonies to the quality of teaching in general education schools. Special classes that concentrated on mathmatics were found as early as 1965 (about the time the US war against Northern Vietnam broke out) and have played a significant role in developing the talents of students.

The first classes were evacuted to Xuan Dinh. A suburban commune, where, in thatched huts, pioneer teachers such as Nguyen The Dan and Ha Lien Hai took charge of training students in mathematical disciplines.

After the war, Chu Van An secondary school became the center of the specialized mathematics learning.

Now, The Hanoi-Amsterdam general education school established with assistance from Dutch government, has becom the prominent specialized school in the country, with 43 classes being held in mathematics, physics, chemistry, biology, computer science, literature and foreign languages.

The majority of candicates sent to international contests are students from this school.

Specialized classes are also held in most general education schools, who are given additional intensive training in selected subjects.

Trung Vuong, Chu Van An, Be Van Dan, Trung Nhi have become well-known, their students bringing in laurels from national and international competitions. As many as 115 out of 148 contestants in nation contests won prized during the 1993-1994 academic year.

Mr Han Lien Hai, Head of the general education section of the city's education Bureau remarked: “Despite all the success in training good students, we still lack a plan for nurturing talents for the nation and the capital city. Many problems remain to be solved, like the curriculum and methodology. As far as the teaching staff is concerned, there must be more material incentives to extract an optimal performance.

TRAINING THE TALENTS OF HANOI CITY

Over the past 40 years, the general education system has made significant contributions to the training of students to university with an average annual number of 4000 candidates achieving passing marks.

Furthermore, the recognition that the number of local high school students taking part in national and international examinations demonstrates the quality of the schools' teaching.

Math majors have been established since 1985 (around the time of the US war against North Vietnam) and play an important role in developing students' talents.

The first classes were evacuated to Xuan Dinh, a commune on the outskirts of the city, where, in thatched huts, pioneer teachers such as teacher Nguyen The Dan and teacher Han Lien Hai took over the math practice. for students.

After the war, Chu Van An High School became a center for teaching math students.

Currently, Hanoi-Amsterdam High School, built with the help of the Dutch government, has become a famous specialized school in the country with 43 classes specializing in math, physics, chemistry, biology, information, literature study and foreign languages.

The majority of candidates sent to participate in international competitions are students of this school.

Story classes are also held in most high schools. Called “elective classes,” these classes are for fairly well-rounded students who receive advanced training in selected subjects.

Mr. Han Lien Hai, head of the general education department of the Hanoi Department of Education, commented: “Despite our success in training good students, we still lack a plan to foster talents for the country and for prime ministers. dollar. Many remaining issues need to be resolved, such as curriculum and learning methods. Regarding the teaching staff, there must be more material incentives to have the most complete teaching method.”