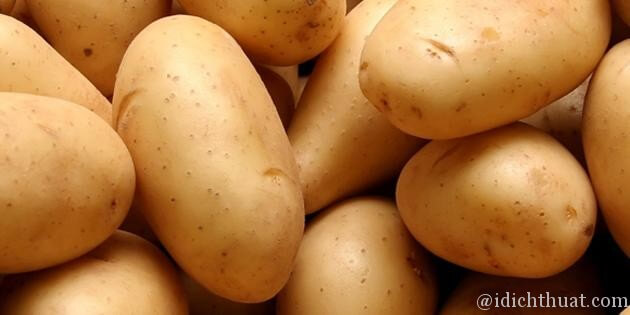 In developing countries, diarrhea kills 2.5 million children each year. But soon, some people will protect themselve against the scourge simply eating raw potatoes.

Researchers have developed a potato-based vaccine against Norwalk Virus, a major cause of life-threatening diarrhea world wide. In a clinical trial, 19 out of 20 patients who atr raw potatoes had protective antibodies against the virus in their blood.

To make the vaccine, researchers from the Boyce Thompson Institute for Plant Research in Ithaca, New York, took advantage of a bacteria that normally infect plants: They spliced ​​a section of the Norwalk virus's DNA into the bacteria and then used the bacteria to shuttle the viral gene into the plants, which then churn out protein.

Reaarchers are also developing plant-based vaccines against Escherichia coli and hepatitis B-pathogens for which exsting vaccines are too expensive for the developing world.

“We intend to make the technology available for in-country production,” says Charles Arntzen, head of the research team. Relying on local farmers, he says, would make the affordable vaccines. Hepatitis B vaccines, for example, currently costs 90cents a dose – “with our plants, we're talking about a few cents,” he says.

Aware of the outcry over denetically modified crops, the researchers are developing pollen-free crops so that the vaccine carrying plants would not breed with normal plants. They are also trying to engineer different colored breeds to prevent mix-ups.

4 pathogen = any agent, esp, a micro-organism, able to cause disease

5 pollen = fine (usually yellow) powder formed in flower, wich fertilizes other flowers when carried to them by the wind, insects, etc……: pollen

In developing countries, diarrhea kills about 2.5 million children each year. But before long, some people will protect themselves against this scourge by eating raw potatoes.

Researchers have invented a vaccine extracted from potatoes to fight the Norwalk virus, a major cause of diarrhea, a life-threatening disease worldwide. .

In a clinical trial, 19 out of 20 patients who ate raw potatoes developed protective antibodies against the virus in their blood.

To make the vaccine, researchers at the Boyce Thompson Plant Breeding Institute in Ithaca, New York State used a common bacterium that contaminates crops: They spliced ​​a piece of DNA from the plant. the Norwalk virus into the bacterium and then use the bacterium to reintroduce the virus's genes into the plants, which then produce more of the virus's protein.

Researchers are also creating plant-derived vaccines against Escherichia coli and hepatitis B, the pathogens for which vaccines are currently available. too expensive for the developing world. "We intend to make this technology available for domestic production," said Charles Arntzen, head of the research team. Based on local ranchers, he said, a full supply of these vaccines should be possible. For example, a dose of hepatitis B vaccine currently costs 90 cents. “With trees planted by ourselves, we are talking a few cents,” he said.

Aware of the outcry over genetically modified plants, researchers are developing pollen-free plants so that the vaccine-carrying plants will not hybridize with normal plants. They are also trying to create varieties with different colors to avoid mixing plants with each other.