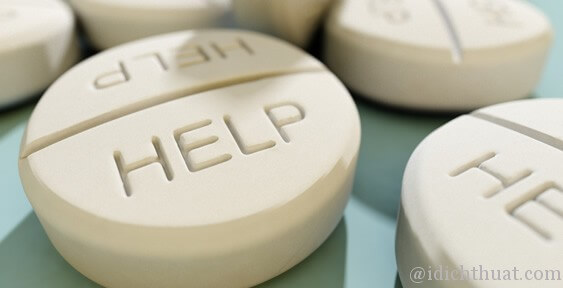 The federal government and manufacturers of the drug OxyContin have increased warnings about its use. Derections on the containers of the pain-killing medicine are being changed. They now must include a warning that the effects of OxyContin are like morphine, another drug that fights pain. The warning also must say that misusing the drug can kill. Law-enforcement officials say misuse of OxyContin is linked to as many as one-hundred deaths.

The new warning labels also carry the message that only some patients should take OxyContin. The drug is meant for people suffering moderate to severe pain over extended periods. A doctor must write an order for this medicine.

Doctors say people can become physically dependent on OxyContin. People can suffer from withdrawal problems if they cannot get it. Drugstore owners report that people are stealing the drugs from their stores. Illegal drugs are selling OxyContin on the streets.

OxyContin pills contain the pain-killing substance oxycodone. OxyContin can release oxycodone over a twelve – hour period. Taken correctly, an OxyContin pill is swallowed whole. However, an increasing number of people are crushing OxyContin into power. They breathe power in, or force it though the skin with a needle. These methods release the effects of the medicine at one time. This results in a temporary feeling of happiness similar to the effect of the illegal drug heroin.

The company Purdue Pharma of Stamford, Connecticut began selling the drug in Nineteen-Ninety-Six. Many doctors praise its effectiveness in treating cancer, severe burns and other painful conditions.

Yet resistance against misure of the drug are spreading. It is legal action against Purdue Pharma and a company it works with Abbott Laboratories in Chicago. For example, West Virginia began legal cases against the two companies in June. The state accuses them of helping cause misuse of the drug by using aggressive sales methods.

A purdue spokesman said the company has stopped selling OxyContin pills that contain large amounts of the drug. He said purdue has warned doctors about the drug in several ways. He also says the company has spent millions of dollars to research pain-killers that could not be easily misused.

Accuse = say that sb has done wrong, is guilty (of sth) or has broken the law: accuse

The US Federal Government and the makers of OxyContin have increased warnings about its use. The directions on the packaging of this pain reliever are being changed. The instructions must now include a warning that OxyContin has effects similar to morphine, another painkiller. The warning also states that misuse of the drug can be fatal. Law enforcement officials say the abuse of the drug OxyContin has been linked to 100 deaths.
The new warning labels also carry the message that only certain patients need OxyContin. This medication is intended for people with moderate to severe pain over a long period of time. This medicine must be prescribed by a doctor.

Doctors say people can become addicted to OxyContin. People can have a hard time quitting if they don't have this medicine. Drugstore owners report that people steal the drug from their pharmacies. Illegal drug dealers are selling OxyContin on the streets.

OxyContin tablets contain the pain-relieving oxycodone lice. OxyContin can release oxycodone within 12 hours. The correct way to take OxyContin is to swallow the tablet whole. However, more and more people grind OxyContin into a powder, which they inhale or inject the powder into their skin. These methods make the drug infiltrate immediately. This causes a temporary feeling of euphoria similar to the effects of the illegal drug heroin.

Purdue Pharma Company of Stamford, Connecticut began selling the drug in 1996. Many doctors praise the effectiveness of OxyContin used in the treatment of cancer, severe burns and painful conditions. other pain.

However, protests against the abuse of this drug are also widespread. The lawsuits against Purdue Pharma and another company working with the company, Abbott Laboraties in Chicago, are also widespread. The state of West Virginia, for example, began suing these two companies in June. The state alleges that the two companies helped fuel the abuse of the drug OxyContin by using mass sales methods.

Purdue's golf dealer said the company had stopped selling OxyContin tablets containing high levels of the drug. Purdue, he said, warned doctors about the drug in a number of ways. He also said the company has spent millions of dollars researching pain relievers that can't be easily abused.