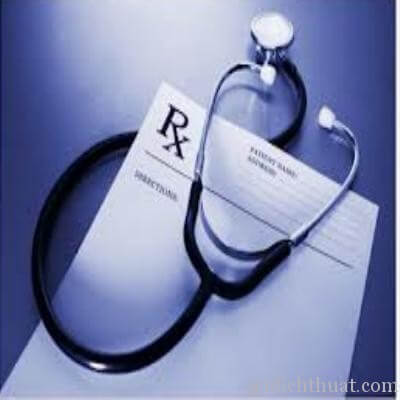 Scientistd have come up with a high – tech treatment for broken bones: a cement made of calcium phosphate that can be injected directly into wrist, knee, ankle, hip, shoulder, skull and spine fractures.

Norian Skelatal Repair System (SRS) replaces damaged spongy bone tissue and hardens in ten minutes. The patient's body fighting replaces the cement with bone. Patients are out of cast in weeks rather than months, which means less joint stiffness and muscle atrophy, and they incur lower costs than with traditional treatment. The cement may also help strengthen bones that have been weekend by osteoporosis.

Eating shortly before bedtime may encourage gastroesophageal reflux (GER) in healthy people – and the heartburn associated with it. This may cause some individuals to awaken suddenly with breath, wheezing or shotness of.
Dr. Stephen Sontag, staff physician at the Edward Hines, Jr., Veterans Affairs Hospital near Chicago, says that lying down after a meal can cause the sphincter muscle at the top of the stomach to leak digestive acids back into the esophagus. While someone is sitting or standing, gravity helps keep partially digested food in the stomach.
Of the 24 individuals Sontag monitored who had no history of GER, all showed significant higher levels of acid in the esophagus when they reclined after eating. Sontag cautions that nighttime reflux may also excule asthma symptoms, and vice versa, so asthmatics should be especially wary about indilging in a pre-bedtime snack.

Come up with = find or produce (an answer, a solution, etc…) : find or come up with (an answer, a solution...)
spongy = soft elastic and able to absorb water like a sponge: sponge
(plaster) cast = could made with gauze and plaster Paris to hold a broken or dislocated bone in place: cast mold
atrophy = wasting away of the body or part of it through lack of nourishment or use: the wear and tear of the body or part of the body due to lack of nutrition.

Reflux: (the) return
heartburn = burning sensation in the lower part of the chest, caused by indigestion: heartburn
wheeze = breathe noisily, esp with a whistling sound in the chest (eg when suffering from asthma, bronchitis, etc…): wheezing
sphincter = ring of muscle that surrounds can contract to close it: sphincter, sphincter
esophagus = (medical) tube through which food, etc passes from the mounth to the stomach, gullet : esophagus
exacerbation = make (pain, disease, a situation) worse: aggravate: to make (pain, disease, a situation) worse
wary = looking out for possible danger or difficulty, cautions : beware
indulge = allow oneself/sb to have whatever one/ he likes or wants : indulge

Scientists have found a high-tech treatment for broken/broken bones: a cement made of phosphate, calcium can be injected directly into broken wrists , knee, ankle, hip, shoulder, skull and spine.

Norian's Bone Recovery System (SRS) replaces damaged spongy bone tissue and causes it to harden in 10 minutes. The patient's body will gradually replace this cement for his bones. Patients have their cast removed in weeks instead of months, which means less stiffness in joints and muscle atrophy and lower costs than traditional methods. This cement can also help strengthen bones that have been weakened by osteoporosis.

Beware of food before going to sleep

Snacking before bed can stimulate gastroesophageal reflux (GER) in healthy people – and the heartburn that accompanies this. This can cause some people to wake up suddenly coughing, wheezing, or gasping for breath.
Stephen Sontag, a physician at Edward Hines Hospital, Jr., a veterans agency hospital near Chicago, says that if you lie down after a meal, that can cause spasms in your muscles. The upper stem of the stomach allows the acids that aid digestion to escape back up into the esophagus. While some people sit or stand after a meal, some of the digested food in the stomach is retained by gravity.
Of the 24 people Dr. Sontag directed, who had never had GER, all showed significantly higher levels of acid in the esophagus when they lay down after a meal. Dr. Sontag warns that regurgitation can also worsen asthma symptoms, and vice versa, so people with asthma should be especially cautious about having a snack before eating. go to bed.