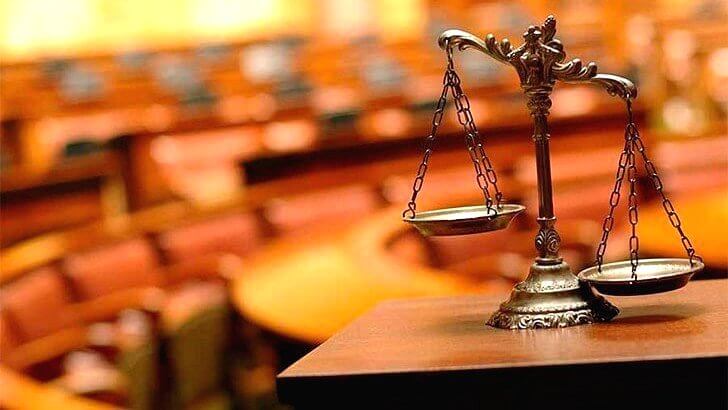 • Bankrupt /'bӕŋkrᴧpt/, /bén-crâp/: Bankruptcy An individual or an organization that declares that it is no longer able to pay its debts.

• Bankruptcy /'bӕŋkrəptsi/, /ben-crop-si/: Status/bankruptcy, insolvency, insolvency The inability of a person or business to pay its debts.

• Bar /ba:/:
(1) Barriers in the courtroom separating the hearing area from the court attendance area.
(2) The profession of a lawyer.

• Barrister is an attorney who specializes in court litigation.

• Solicitor /sə'lisitə/, /s-li-sitə/ is a lawyer who specializes in providing legal advice and preparing legal documents at the office. In Canada, a lawyer is considered a “Barrister and Solicitor” and does not distinguish between a lawyer's litigator or legal counsel role.

• Beneficiary /,beni'fiʃəri/, /beni-fi-shri/: Beneficiary Person who enjoys property or profits under an agreement or legal document such as a power of attorney, will, or insurance.

• Best Interest of the Child: The best interests of the child A judge's assessment (under family law) of the child's circumstances to decide how best to protect the child's health, development, psychological, and emotional.

• Beyond a Reasonable Doubt: Evidence required to convict a suspect. The prosecutor must present enough convincing evidence that the judge/jury will no longer cast doubt on the charges against the suspect.

• Bill /bil/: Bill of Law proposed before it was approved by the Canadian legislature. A federal bill must pass in stages – introductory session, adoption session, committee approval, and detail passage session – in both the House and Senate before it is approved by the Royal Family and become a law.

• Binding /'baindiŋ/, /bai-ding/: To bind a covenant or legal obligation.

• Breach /bri:tʃ/: Breaking the law A violation of a law, regulation, or commitment to an individual or government.

• Burden of Proof: Evidence needed for an allegation or claim to proceed with a lawsuit. 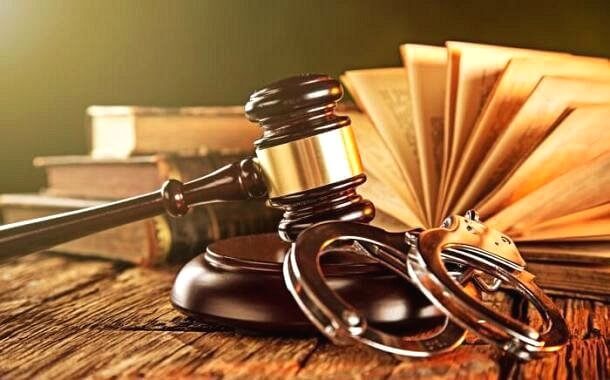 Disputes between the parties will be resolved in court, or through legal processes. The lawsuit can be a civil lawsuit or a criminal case.

Case Event List: A list of cases heard in court in one day, also known as the case register.

Case Management: A court activity that allows the judge to monitor and manage the progress of the case.

Cause of Action: Some conditions justify the right to sue for money, property, or enforce a right against another person.

Certify (a copy): Authenticate (copy) Sign and certify a copy of a document that is identical to the original document.

• Charter /'tʃa:tə/: Charter, a statement made by the government

(1) The Charter of Rights and Freedoms in Canada, commonly known simply as the Charter, acknowledges fundamental freedoms for those living in Canada such as freedom of speech, freedom of religion, and liberties. personal.

(2) An official document issued by a government that acknowledges the rights and privileges of an individual, business or organization. 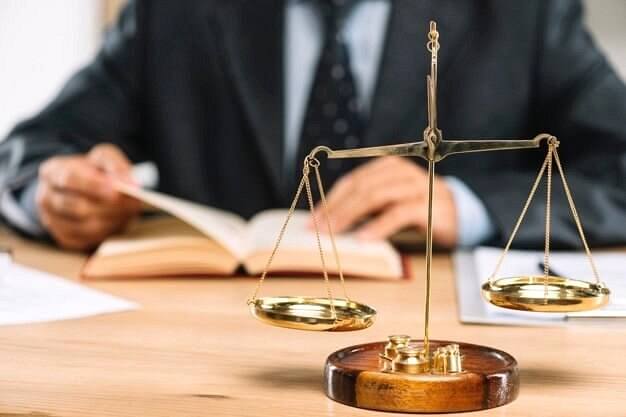 Child in need of protection: Children are in need of care and protection Methods to protect children from danger, help protect families and ensure maximum benefits
multi for children.

• Child Support /tʃaild sə'pɔ:t/, /chai sop-pot/: Child support/subsidy An allowance that a parent who does not directly care for the child must contribute to support the child.

Child Support Guidelines: Rules made by the court for the amount of child support based on income and the number of children for whom the caregiver is obligated to support. Support regulations vary from province to province.

• Child Welfare /tʃaild 'welfeə/: Child care In Canada, Child Welfare is a social support system for children created by provincial and territorial governments, in collaboration with private organisations, to provide supportive or alternative services to parental care and supervision.

• Civil Law: Civil Law
(1) A set of laws derived from Roman Law, outlining individual rights and dealing with interpersonal disputes such as contract, property, and family law.
(2) Is a law related to disputes between individuals over property, family, employment, etc. Civil law is different from criminal law.

Statement of claim: An application to the court stating the reasons for a lawsuit against a person and the claim against the other party.

Cohabitation: Cohabitation When two married or unmarried people live together as husband and wife.

Collaborative family law: This is a regulation that allows couples who have broken up or terminated their marriage to ask for a lawyer or legal advice to reach an agreement that meets the specific needs of both parties and their children. not go to court.

(1) The commission is calculated as a percentage of the salesperson's turnover.

(2) The right to perform transactions on behalf of others (authorization).

Common Law: Law by custom and case law Law that is developed from folk custom and from the decisions of judges, not made by the legislature.

• Competence /'kɔmpitəns/, /cóm-pi-tâns/: Competence
An individual's intellectual capacity to participate in lawsuits or transactions and a person's mental state to be responsible for his or her decisions and actions.

• Conference /'kɔnfərəns/, /con-for-rns/: Discussion A meeting between the parties or their attorneys in a lawsuit to try to reach agreement on an ongoing dispute.

Case conference: A meeting between the judge, the disputing parties, and an attorney to determine whether the issue is negotiable or not, and also to offer a mediation solution.

Pre-trial conference: An informal pre-trial discussion between two attorneys for both parties and the judge to find a way to mediate or determine the necessary trial time if going to court. 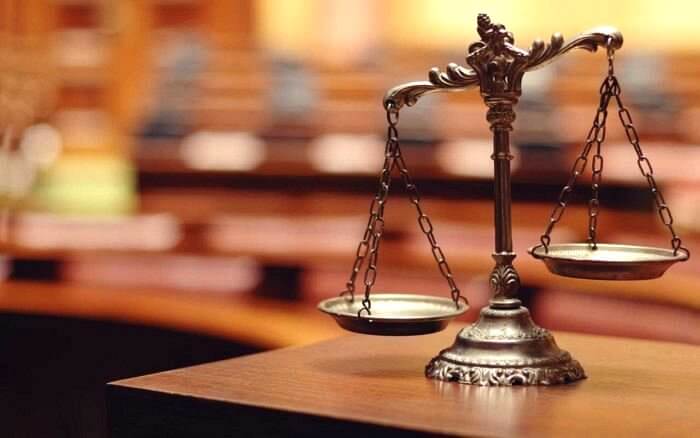 When a person is convicted of two or more crimes and is subject to different prison terms, he can be sentenced to consecutive prison terms and will increase the prison time.

Concurrent Sentence: Cumulative Prison Sentence When a person is convicted of 2 or more crimes and is subject to different prison terms, it is possible to serve multiple prison sentences at the same time and will reduce the prison time.

Consent order: A court order that refers to an agreement between the parties on the subject of a dispute.

Contempt of Court: The crime of being rude, insulting the judge, disobeying a court order Disrespectful, rude or disobeying the rules of the court is an offense.

• Contract /'kɔntrӕkt/, /cón-trek/: Contract, contract
The agreement is legally binding. The basic elements of a contract include the agreement between the two parties, the remuneration, the ability of the parties and the legality of the contract.

Controlled Act and Substances Act: Canadian federal law to control the use of drugs and harmful chemicals such as cocaine and marijuana.

Corollary Relief: Claims for spousal support, child support, guardianship, and powers during a divorce in court.

• Costs /kɔsts/: Court costs Costs/expenses payable by the losing party in the case.

• Counsel /'kaunsəl/, /fox-so/: Attorney A person who gives legal advice or represents a client. This person must have a license.

• Count /kaunt/, /caot/: Crime, charge In a criminal case, each offense is charged with a different crime.

Court of Justice, Supreme Court, and Court of Queen's Bench.

The Superior Court has the power to hear many cases, except for special cases that need to be tried in another court.

The Superior Court handles most civil and criminal cases including divorce and money-related lawsuits. In Alberta, property disputes over $50,000 are heard by the Court of Queen's Bench.

The Court of Queen's Bench handles criminal, family and civil, bankruptcy, real estate and adult benefits cases. In Alberta, appeals from the Provincial Court will be heard in court

Some provinces consolidate family courts into one to handle all matters related to family law. In Alberta, the Court of Queen's Bench and the Provincial Court- Family Division both hear cases involving family matters.

Small Claims Court: Is the civil division of the Provincial Court courts in Alberta, dealing with disputes involving payment, recovery or possession of personal property with the amount in dispute not exceeding $50,000. The rules and procedures in this court are quite simple and anyone can prepare their own file without a lawyer.

Criminal Law: Criminal Law Concerning acts that are harmful to society and are prohibited, prosecuted and punished.

Crown Prosecution: The process of prosecuting a criminal case conducted by prosecutors to bring charges against suspects and bring them to trial. 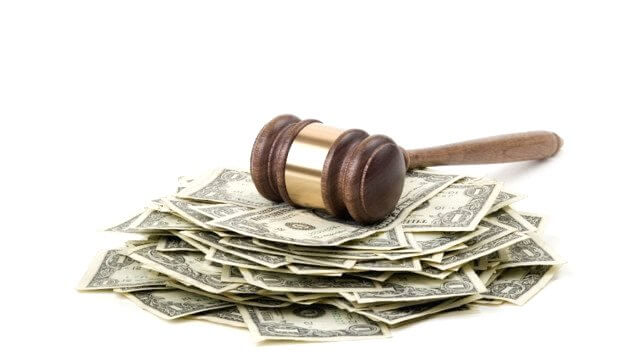 • Custody /'kᴧstədi/, /cô-sto-go/:
(1) Imprisonment.
(2) The right and responsibility to care for and take care of a child is assigned by the court to one parent or both when the two are separated or divorced.

+ Joint Custody: Joint Custody When both parents have the right to participate in important decisions for their children. The child primarily lives with a guardian (father or mother) and regularly sees the other.

Shared Custody: When the child spends at least 40% of the time with each guardian and both are involved in decisions for the child.

+ Sole Custody: Sole/Unrequited Custody When a child lives with a person (father or mother) who has primary responsibility and decision-making power for the child such as education, religion and medical care. The other person has the right to visit and take the child out.

+ Split Custody: When a parent has two or more children and each is responsible for the care of one or more children. The court will try not to separate the baby from their siblings.