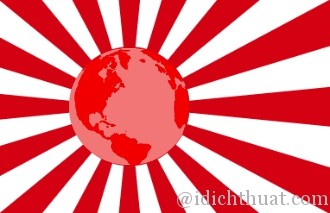 TOKYO – japan will send a government mission to vietnam from Oct.22 to 29 to study future economic copperation, Foreign Ministry sources said in Thursday.

Japan and Vietnam agreed on the dispatch when Prime Minister Tomiichi Murayama met his counterpart, Vo Van Kiep, in Ha Noi in August, the source said.

The 25 – member team, which includes officials from the Ministries of Foreign Affairs, Finance, Trade and Construction, will meet with their Vietnamese counterparts to discuss the nation's midterm economic development plan and macro – economic policies , the said.

The two sides will also discuss Japan's future economic cooperation and areas for the assistance.
Japan considers it important to first train Vietnamese personnel to promote a market-oriented economy and to support establishment of systems, and to cooperate in such areas as electricity, transportation and agriculture, the sources said.

Japan has sent similar ecomonis missions to Kenya Indonesia and the Philippines.

TOKYO – According to a source from the foreign ministry on Thursday, Japan will send a government mission to Vietnam from October 22 to October 10 to study future economic cooperation.

According to sources, a 25-member delegation of officials from the ministries of foreign affairs, finance, trade and construction will meet officials from relevant Vietnamese ministries to discuss economic development plans. between the tenure and the macroeconomic policies of the two countries.

Japan considers it important to first train Vietnamese staff to promote a market-oriented economy and to support the establishment of systems and to coordinate between the fields of electricity, transportation, and logistics. loading and agriculture.

Japan has sent similar economic missions to Kenya, Indonesia and the Philippines.