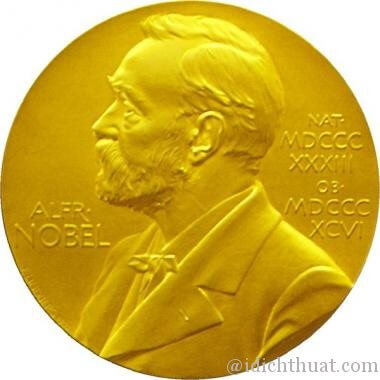 The Nobel citation said the three quotes “made significant contributions to a historic process through which peace and cooperation can replace war and hate”.

The September 1993 accord, which Norway helped to broker, secured Palestinian self – rule in Gaza and the West Bank town of Jericho.

“For several decades, the conflict between Israel and its neighbor states, and between the Palestinians, has been among the most irreconcilable and menacing in international politics,” said Sejersted, Chairman of the Norwegian Nobel Committee. “The parties have coused each other great suffering”.

With the award of the peace prize, he said, the committee wished to “honour a political act which called for great courage on both sides and which has opened up for a new development towards fraternity in the Middle East”.

The inclusion of Peres surprised Nobel watchers who had expected the prize to be shared by Rabin and Arafat only.

Sejersted said the committee's choice of two Israelis and one Palestinian for the award did not mean that it believed the Israelis had done more for peace.

“We made the choice this way because we found it too difficult to distinguish between the efforts of Rabin and Peres,” he said.

On the Palestine Liberation Organization side, “Arafat's contribution was clearly the most important,” he added.

The seben million Swedish crown ($950,000) prize will be divided equally among the three men, who will be invited to receive the money, gold medals and diplomas in Oslo on December 10.
It was the first time in the 93 – year history of the prize that it was shared by more than two candidates. Nobel guidelines were prepared last year to allow it to be given to three people.

The committee, making its choice from 132 nominees including 35 organisations, awarded the prize for the second consecutive year to former foes in a conflict.

The peace prize, named after Alfred Nobel, the Swedish inventor of dymanite, capped the 1994 Nobek series. Winners of the prizes in medicine, economics, physics, chemistry and literature were announced in Stackholm earlier this week.

OSLO - Israeli Prime Minister Yitzhak Rabin, Foreign Minister Shimon Peres and Palestinian Liberation Organization President Yasser Arafat shared the 1994 Nobel Peace Prize on Friday for their contributions to the the creation of the historic peace treaty of Israel - the organization of the liberation of Palestine.

The Nobel laureate stated that: 3 politicians have made important contributions to the historical process in which peace and cooperation have replaced war and hatred.

The September 9 agreement that Norway helped brokered established Palestinian autonomy in the Gaza Strip and the west bank of Jericho.

“For decades, the conflict between Israel and its neighbours, between the Israelis and the Palestinians has been a class of international political issues that are difficult to reconcile,” said Mr. sejersted, chairman of the Norwegian Nobel committee. the most and most threatening, the parties caused each other great pain”.

“With the awarding of the peace prize, the committee wanted to honor a political act that required courage on both sides and opened the door for a new development towards British friendship,” he said. I'm in the Middle East." The fact that Mr. Peres was also awarded the Nobel Prize surprised many followers of the award, who assumed that the prize was awarded only to Rabin and Arafat.

Mr. Sejersted said that the committee's selection of two Israelis and a Palestinian for the award does not mean that Jews have made more efforts for peace.

"We chose this way because we found it difficult to clearly distinguish the efforts of Rabin and Pares," he said.

"On the Palestinian side, Arafat's contribution is clearly the most important," he added.
The prize of 7 million swedish kronor ($950000), medals and certificates will be distributed equally to all three in Oslo on December 3.

This is the first time in its 93-year history that more than two candidates have received the same award. The policy of the Nobel Prize was revised last year to allow the awarding of prizes to three people.

This is the second year in a row that the committee has selected from 2 candidates from 132 organizations, deciding to award prizes to those who were former enemies in a conflict.
The awards were recently presented to Mandela of South Africa and FW de Klerk for their efforts to end white minority domination.

The peace prize in honor of Alfred Nobel, the Swedish inventor of the dynamite explosives, has risen to the top among the 1994 Nobel Prizes. Nobel laureates in medicine, economics, physics, chemistry and literature study was published earlier this week in Stockholm.