15 Most Popular Languages ​​For Learners Today

Which Language Is Most Useful To Learn?

Some of the options seem pretty popular, but some are less than popular. So how do you determine which languages ​​are most useful? If you are on holiday in France, then French will probably be most helpful to you. If your company is opening a new office in Germany, it may be time to start practicing your German. 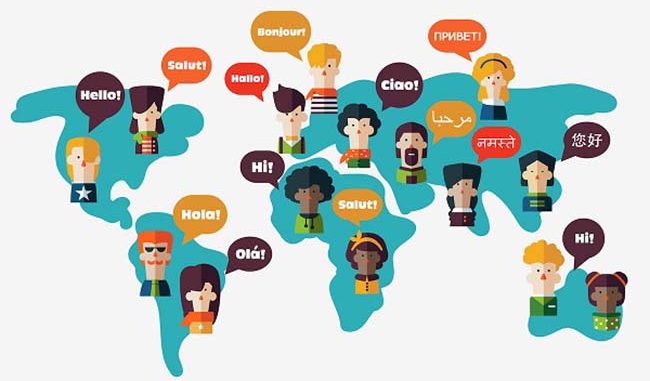 Refer: The Link Between Cognition and Language

First of all, we looked at languages ​​by the number of speakers. If you are really on a language discovery journey this year, we recommend you read the article below on the differences between languages ​​and dialects. The first is a list of the most popular languages ​​for learners.

English has more speakers than any other language when you combine the number of native speakers (375 million) with those who speak English as a second language, making a total of 1,5 billion speakers. English is recognized as an official language in 67 countries, providing wide reach to learners worldwide. It is also the primary language on the Internet, with about 55% of all web content in English.

China has more native speakers than any other language, at 982 million. The total number of speakers is 1.1 billion. China is the world's fastest-growing major economy, with an average growth rate of 6% over the past three decades. China is on track to become the world's largest economy by 2050. If you want to learn a language that has the potential to lead to economic benefits, Mandarin Chinese would be a logical choice.

Spanish is widely spoken from Spain to Latin America. In total, 20 countries have Spanish as an official language, with 420 million people speaking it worldwide (320 million of them native speakers). It is one of the top languages ​​to learn for both business and leisure purposes, which is also quite easy for English speakers to choose. It's also one of the most in-demand languages ​​for translators – our Spanish to English translation service is always busy!

Japan is home to a myriad of technological innovations, so it could be the best language to learn in 2020 if you plan to bring the world into your new tech empire. It is not the easiest language to learn if you start with English as your background, because its writing system is very different from the Latin alphabet.

Refer: Compare The Similarities And Differences Between Chinese And Japanese

Russian is the most spoken language in Europe by number of native speakers, with 120 million people, despite being an official language only in two countries (Russia and Belarus). Because Russian is still widely spoken in Eastern European countries. If you plan to travel around Eastern Europe in 2020, learn some Russian before you travel as it will benefit you.

The Easiest Language to Learn in the World

Many consider Norwegian to be the easiest language in the world to learn, which we will explore in detail below. But what makes learning a language so easy? The key here is like learning English. It includes similar vocabulary, similar sentence structure, and an alphabet based on Latin letters. Do you want to study languages ​​hard, or do you want to spend 2020 learning something easier. One of the options we detail below will be perfect for you. 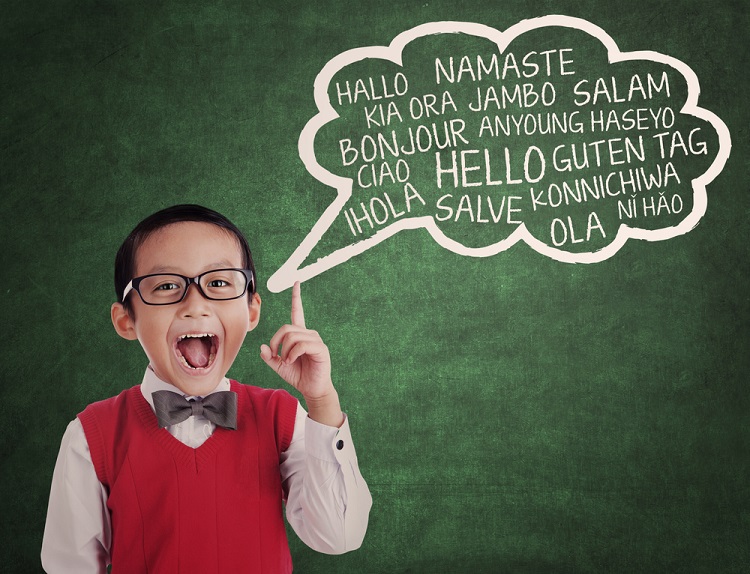 The Norwegian language is endowed with a simple grammar (only one form per verb in each tense!) and it has an entire vocabulary that mirrors that of English. That's because both languages ​​are in the Germanic family, which means they also have a similar word order. If you ask yourself, “Which language should I learn?” and you are looking for something simple and fun, the answer is Norwegian!

Swedish is also blessed with simple grammar and a host of words that are very familiar to English speakers, as both languages ​​are words from the Germanic family. Word orders are also pretty closely linked, making it one of the best languages ​​to learn for people with an English-only background.

Italian is considered by many to be the language of love, although French was also called that before. It is certainly the language of culture thanks to Opera's worldwide popularity – it can bring even the speechless to tears with its beauty. Thankfully, since it shares many cognates with English (that is, words that come from the same root), learning Italian shouldn't be a problem.

Another contender for the title is the language of love, French the language of poetry, art and gourmet cuisine. Its Latin roots suggest that many French words are recognizable to English speakers, and because of France's proximity to the United States and Canada to the United States, that means there are plenty of opportunities to practice. practice by conversing with native speakers without having to travel too far.

Refer: Things You Need to Know When Studying Abroad in France

Which Language Is In Most Demand?

Are you looking for the most useful languages ​​to learn for business purposes? If so, it's worth considering one of the most in-demand languages. We have ranked this information based on our own experience, combined with a range of global economic factors. 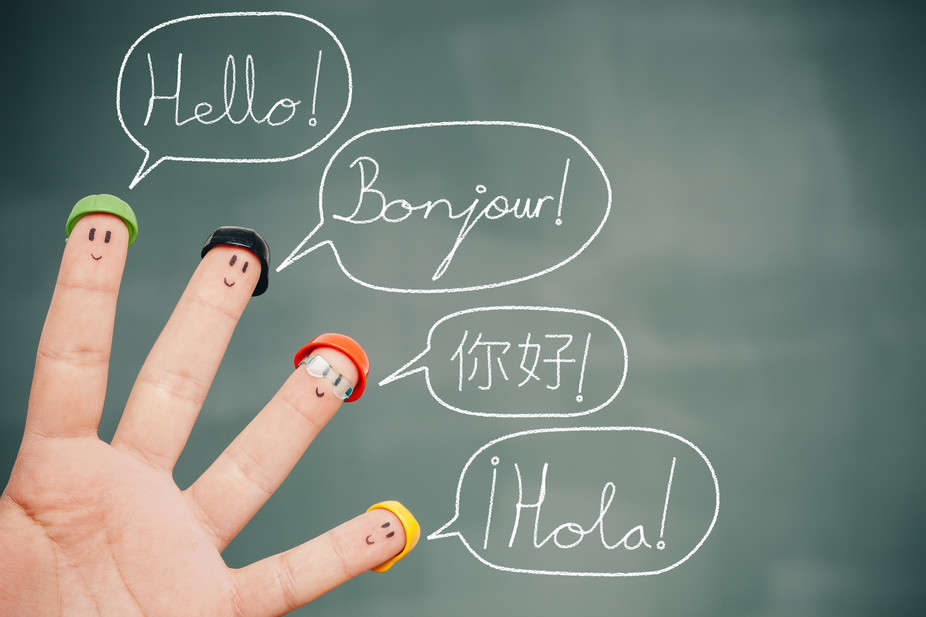 Also the official language of Portugal, which is spoken by 10 million people, Portuguese is the mother tongue of about 194 million native speakers in Brazil. The world's ninth-largest free-market economy by Gross Domestic Product (GDP) and eighth-largest by purchasing power parity, Brazil offers many opportunities for those looking to do business in English. Portugal.

German is one of the most important languages ​​in Europe, second only to Russian in terms of the number of native speakers on the continent (German has about 95 million native speakers, compared with Russian 12 at 120 million). It is one of the three procedural languages ​​of the European Commission (along with English and French) and is the leading language for doing business in Europe.

There are 25 countries that list Arabic as an official or co-official language. If you are looking for the most useful language to learn business in the Middle East and North Africa, then you have found the language you need. Around 420 million people around the world speak Arabic, making it the sixth most spoken language on the planet, so you'll have plenty of opportunities to put your learning into practice.

Which Languages ​​Are Best For Future Business Opportunities? 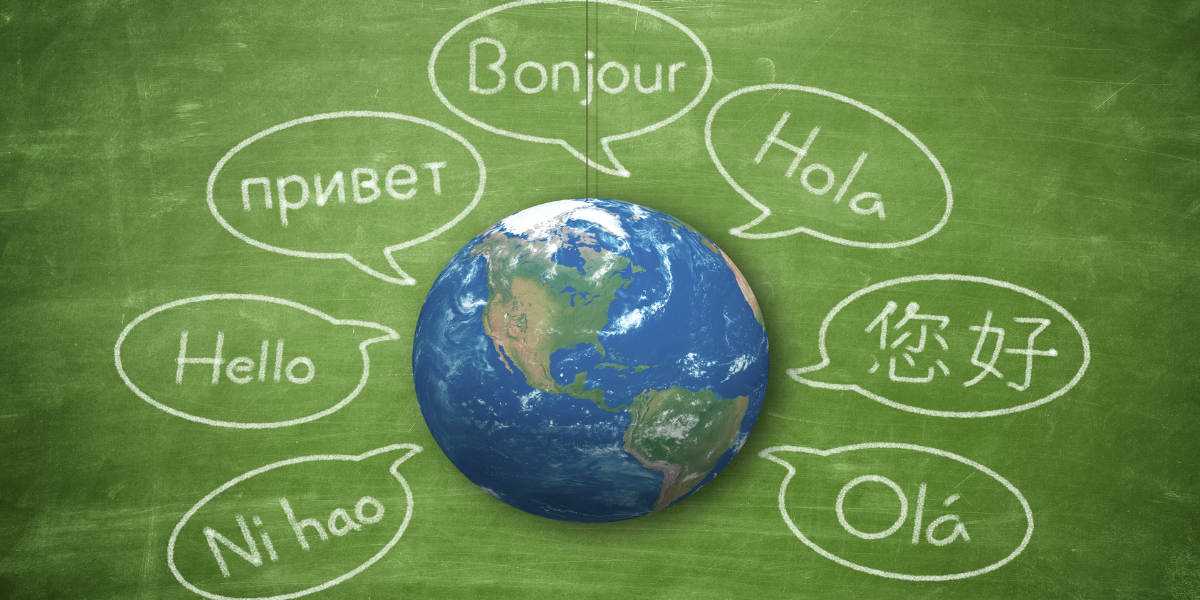 The lingua franca of Ethiopia, Amharic has about 22 million native speakers. If you want to learn a language that will open up business opportunities in a thriving economy, this is the language you need. Ethiopia's economy is projected to grow at a rate of 8,1 percent between 2018 and 2021, with the government focusing on attracting foreign direct investment by turning Ethiopia into a manufacturing hub. export.

In terms of GDP, India is the seventh largest economy in the world and the third largest by purchasing power parity. Modern Standard Hindi has about 322 million native speakers. It's not the easiest language for English speakers to learn, given the Devanagari script, but could be well worth it for those who want to be a part of the growth of one of the world's largest economies. gender.

Korean is one of the most useful languages ​​to learn, and especially one of the best languages ​​to learn business. In just a few generations, South Korea has passed from one of the poorest economies in the world to the 12th largest. It has a total of 75 million speakers, of which 48 million live in South Korea. Interestingly, Korean is an isolated language, even though it technically comes in two standard categories: the Seoul Korean dialect and the North Korean dialect.

How To Learn Languages ​​Quickly in 2020

If your plans for 2020 include learning one (or even more!) of the languages ​​above, there are plenty of ways you can speed up the process. After all, why spend longer studying?

First of all, every language learning opportunity is all around you. From radio stations to TV shows, the more you can hear and experience the language, the better. Combine listening for tongue sounds and intonations to speed up your learning. Add in reading books and magazines so you can learn on the go, as well as at home. Using flashcards can also be highly effective. Even sticking notes around the house with the names of things will help you pick up vocabulary at a faster rate.

Next, prioritize the order of the words you learn. Look for words with the same root and commonly used words first, you'll be surprised at how quickly you can pick up. 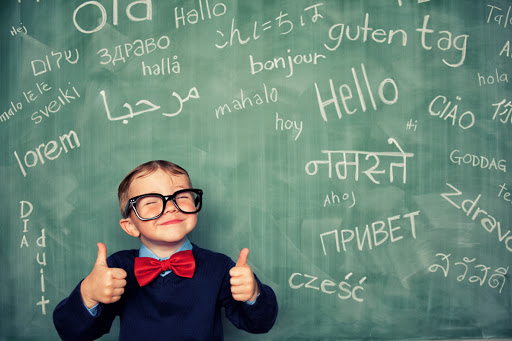 It's also important to practice speaking the language you're learning at every opportunity you get. Whether you sing in the shower, take a local conversation class, or chat with an online language tutor, the more you can practice it, the better your speaking skills will become. You will also find that regular conversation boosts your confidence.

Finally, be sure to include variety in your language learning. Grammar books are good, but they are only one aspect of learning. The more ways you can find, the more fun the learning process will be. From songs and nursery rhymes for kids to formal classes, mix everything together to make things more interesting. So which languages ​​will be your choice for next year? Leave a comment below to share your plans!