What is Minion's Language

We've all seen the Despicable Me series and love the cute, small protagonists with yellow outfits and big glasses, that's Minions. With their playfulness and cute words, these little ones capture the hearts of millions of fans around the world – from babies to teenagers and even the elderly.

But have you ever spent time thinking about what languages ​​the Minions speak? To answer this interesting question, you will have to consult linguists and the inventors of your language Minions, which is not a real-world language - rather it is. Languages ​​borrowed from existing languages ​​have been combined to create the language of these adorable Minions.

The History of Languages ​​Invented in Movies

People throughout history have devised ways to suit their needs. In this case, to stand out from other movies, they made certain language changes – from forming new languages ​​to coming up with new meanings for existing words.

When it comes to inventing new languages ​​specific to a movie, Hollywood has no shortage of linguists to do the job. The producers of Star Trek hired a linguist to create the Klingon language, Game of Thrones famously featured a Dothraki language exclusive to the series while a new language called Na'vi was specifically produced. specifically for the Avatar series.

So Did Universal Film Production Hire A Linguist To Own Minion?

The press pointed to the fact that the film's directors Pierre Coffin and Chris Renaud created the language themselves - people who were not language experts. However, they came up with the genius idea of ​​recording Minion's voices themselves, dubbing them to create a realistic tune.
That means Universal Cinemas didn't hire a language expert to invent a new language from scratch. But the film's directors could not have imagined that the language would gain such fame and popularity in such a short time.

What languages ​​do Minions speak?

Minion's language is a combination of many different languages. If you listen attentively to the Minions, you will find something interesting. Fans of the movies have picked out words that seem to have a specific meaning of their own. Languages ​​that Minions speak include French, English, Spanish, Hindi and Korean words 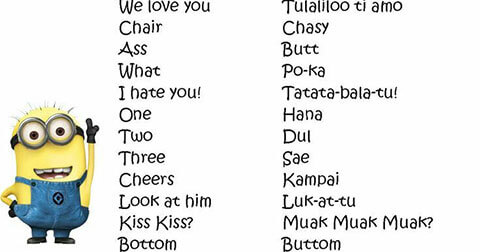 In addition to the sentences they sputter, there are some words that stand out from the rest, especially the one Minion likes to say – “banana!” The word has been spoken so often that Minionese is often referred to as the "banana language". When Minions say "banana," they mean "banana," but there are many words related to other foods and drinks in their vocabulary, such as bananas and potatoes, and the word “poulet tiki masala”; poulet means chicken in french while tikka masala is Indian spicy chicken dish. They count 1,2,3 in Korean and say thank you "Tank Yu". Another food word like ice cream is said to be "gelato" in Minion.

How To Speak Minion?

The Minions who speak their own language look super cute. The way they talk and body language makes them even cuter. We love you Minions, don't we? Have you ever tried to imitate the way they talk? Want to talk like your Minions? It's not easy to do that either!

Speaking like Minion is not just a matter of making confusing sounds with words in different languages. If you look closely, Minionese has a lot of similarities with the game "baby-talk". Anyone who's heard young children coo in their early years will notice that they say the alphabets "B" and "P" a lot – so do Minions when they say "banana", spoke in cute little voices with the same high spirits as babies. 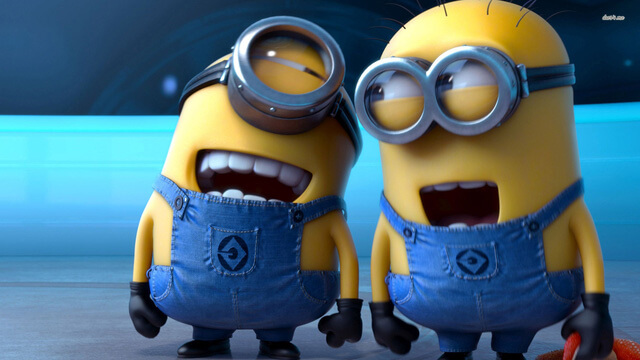 Fans all over the world love this Minions movie. The fact that they are cute and speak in a fun, charismatic language is what sets them apart from others.

Perhaps that is why the Despicable Me and Minions series has such a large fan base. When the directors of this series dub their voices in their own design languages, they couldn't have imagined that it would one day become so popular that it would be loved by children around the world.