Manga translations can vary considerably when handled by different people. Not only translators, but editors, editors and, of course, companies, all have their own approaches and idiosyncrasies (hence why a translation style guide is such an essential step). set).

Idichthuat collaborated with local and international manga editors and translators to outline some of the common pitfalls that manga translators may encounter and how to avoid and address them.

Before we begin, this article is not "the beginning of all and the end of all" of manga translation activities. It is merely a series of suggestions based on our observations and experience. As we mentioned, everyone has their own taste and style. 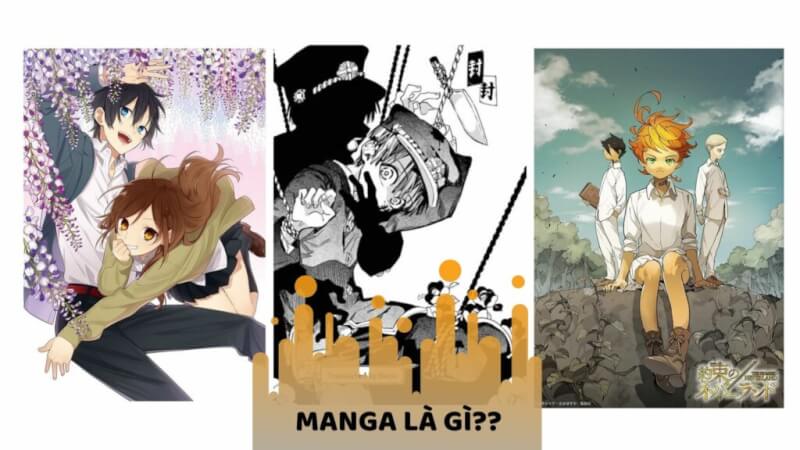 Our goal here is to filter out the manga translation tips, which helped Idichthuat thrive at home and abroad. Also, we really hope that this article can help you shape your manga translation. In most cases, the translation should be as natural as possible.

Manga is one of the most difficult genres to translate of all genres today. So how can a translator translate manga in the most professional and convenient way?

For natural translation, we recommend the following basic techniques:

From general observations, translations and corrections, we have noticed that some common Japanese words are often translated directly into English.

This is often translated as “that guy” or “this guy.” Sometimes it's true, but sometimes it's not. If it fits the context, why not try “this bastard,” or simply “she/he/them,” it probably won’t upset the reader.

In Japanese, it's natural to say what you're feeling, but when was the last time you randomly said "I'm happy" in English? Native English speakers often describe the situation that is affecting their mood rather than directly stating how they are feeling. Such as “what a jerk” “this is great” “why are all my friends abandoning me?!” or “I couldn't be happier!”

There are situations where the use of "really?" and “of course” works, but this is often a translation that must be translated to the point of being perfect. Good alternatives might include “are you sure?” or “you mean it?” or “oh, I get it.”

“Baka” is probably one of the most commonly used Japanese insults where the default translation is “idiot”. While that's fine and no problem, it's important to remember to use different words flexibly! Try replacing ばか with “fool” “moron” “nitwit” “dork” or if you have an expressive British character, try “numpty” “twit” and “eejit.”

If you find yourself always reading the same translation over and over again and using the same words, there's no point in discovering Synonyms. Thesaurus.com is a great site to find creative alternatives to particularly popular words! 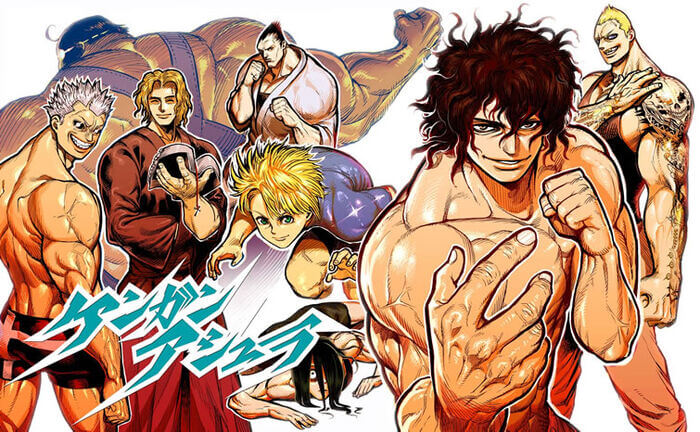 While Japanese texts sometimes love repetition, repeating the same words over and over again can sound quite unnatural in English. Remember to look out for repetition and don't be afraid to flexibly replace things in your translation!

Likewise, watch out for “fake friends.” No, we don't mean people who pretend to be your friends (although you should probably avoid these as well). “Fake friends” are Japanese words that are derived from English but have different meanings.

Here are a few examples:

When you come across a katakana word, you can never check the dictionary again. Or even Google the image, so see what the Japanese think when they see the word. 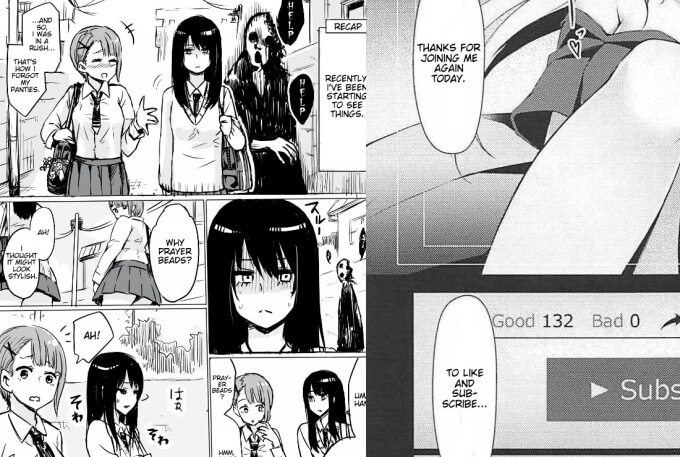 “Her sound effects were carefully chosen – like “hmph!” used when a waiter turns his face away with disdain instead of using the word “turn”, this shows the natural English meaning of the moment as compared to the literal translation of that sound effect.

In fact, all the judges commented on how the interpreter approached natural sound and it was this sound effect that won her the top prize! However, it's still not easy to translate all SFX into proper audio. For one thing, Japanese has a lot of words that don't exist in English. Second, choose the word that best fits the context! A translator should carefully consider the situation and use the most suitable word to convey the sound most skillfully.

Here are some common SFX that you might consider translating to “sound” instead of “noun”.

Some popular SFX works as words:

Sometimes, in some situations we can use “SILENCE” to indicate silence, but otherwise “…” or even “CRICKETS” may be more appropriate.

Again, this SFX can vary considerably depending on the context. “GLOOM” is a bit strange unless the situation the author is referring to is a really dark scene. And when used with a shocked expression, “SHOCK” can be said to be quite sarcastic (depending on the situation, of course). Other possible alternatives include “BRUH” or “DUDE”, “UGH”, “WHAT?!” (WHAT?!) or “HUH?!” (HAH?!) to match one's reaction to an unexpected situation.

“GIGGLE” is often used but “TEEHEE” “HEH” “PSHH” or even “LOL” may make more sense depending on the situation.

This is sometimes a pain. It is often used to emphasize something dramatic (possibly based on the sound of a drum being emitted when a character appears on stage in traditional Japanese theatre.) Due to its dramatic nature. For its properties, “DOOM” or “MENACE” are often used, but they are not appropriate in all contexts. Other options to consider are “UGH”, “NOOO” “HAH!” “HMPH” and “GRRR”.

You can also check out some suggestions on “The Jaded Network”, however, this site is built by a community and not all quality SFX translations.

You can also get more ideas by reading other English and Western comics! It really helps you to record some of your favorite sound effects from American comics and other manga. 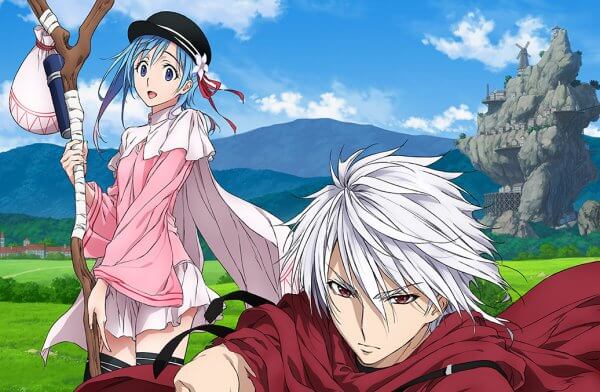 + Note: Why The Japanese Game Industry Affects the World

Japanese takes up a lot less space than English when written down. A line of 7 characters like “な ん だ っ ん だ” can be translated to 24 letters in English: “But what happened there.” This means that the Japanese text page does not need to be too large, which leads to English sometimes becoming tense and difficult to read.

(Back to the problem of direct translation: When translating directly, English is not only difficult to read because of words but also because of space limitations.)

The worse the English, the more it needs to be squeezed into the confined space. It's best to cut out unnecessary words if possible. As:

Ken Rand's book "The 10% Solution" is a great (and concise!) for your reference. Not only is it great for learning self-editing, but it also teaches you how to use words in the first place. Rand's argument is that you can cut any text by 10%, making it more readable and interesting.

If you don't have time to read The 10% Solution, here are some of the main ideas Rand recommends:

No 2 people speak the same way, so why do manga characters sound the same? Character transformations according to their own characteristics are also very interesting and can really bring out the personalities of the characters.

Let's take a character that looks a bit like gyaru talking to the class rep. Gyaru will use slang and informal language. The class rep might say more like a proper lady but not necessarily as classy as the class princess.

Usually in manga there will be characters who don't speak "standard Japanese", but with accents or dialects from other regions of Japan. While automatically accenting these characters can be tempting, this often leads to bigger problems.

There is not a single dialect that is not Japanese, and can capture the full nuances of the original accent or dialect. As a result, assigning stress to a character may yield certain connotations or nuances that are not part of the original Japanese text. Or they may simply make the text more challenging than entertaining for the reader.

When done well, assigning accents can also make a character very interesting! But it's important to remember that there are other ways to express a character's way of speaking as well. A good way to convey character traits isn't necessarily through stress, but word choice.

For example: a short student might say “hey Teach” while the class rep would say “Ms. [Teacher's Name]” (or possibly “Sensei”).

Remember each character's voice in your mind. Or make a list of the common words they use in Japanese and their equivalents in English. Again, take note of the stresses, phrases in turn, different words, etc. from previously translated American comics and manga. Organized interpreters always look more professional! 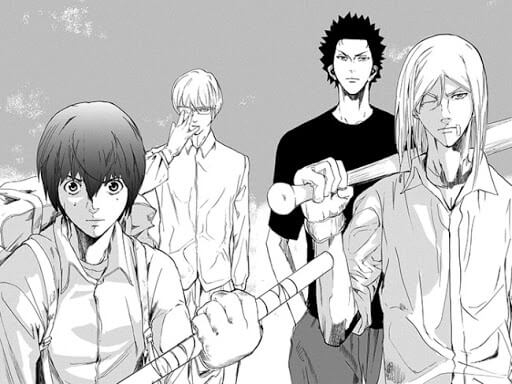 Keep the wording consistent throughout the text

This really helps the reader and the text as the terms are kept consistent. Not only in a single manga series, but also in manga based on other mediums (such as novels and games).

If you are assigned a manga based on another medium that another translator has worked on, ask your PM if they can get the other translator's glossary. Or (if possible) ask the translator directly. Translators are often more than happy to share terms to keep the translation as consistent as possible.

If you're working on a new series, it's helpful to create your own glossary. Even if you think manga won't last long, a glossary is still incredibly helpful. Include comments, links to useful articles, etc.; Not only for your reference but also for your colleagues!

Be sure to share your glossary with editors and management. This way, they can see your reasoning behind certain terms. Try asking your editor or administrator to update your glossary or let you know if they decide to change a term.

In short, you need:

Communication is the key to your success! 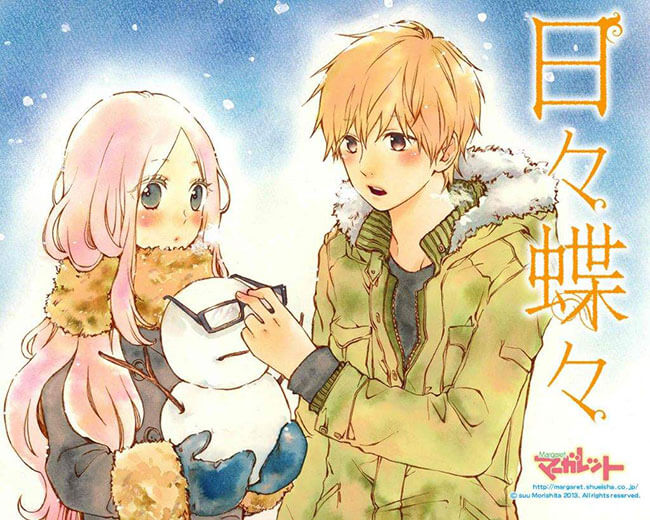 (Pseudonyms work with your colleagues and make it easier for them to remember!)

A professional manga translator does not work alone. Project managers, editors, adaptors, writers, etc., are all integral parts of the manga localization process. So it really helps you and the manga stay in touch and makes their lives easier!

As a general rule, it should help to answer all emails during the business day. (As a project manager, I know it's really helpful and leaves a good impression!)

Don't forget the style guide! The style guide is there to make things easier for everyone. If you're unsure about how to approach something, double check with your project manager/editor. It also helps you to regularly request an updated style guide and re-read it before each new project. (Especially if you work with different companies who have different styles.)

Speaking of style guides, always make sure to double check that you're translating to the correct format! Each company has their own format, and that helps editors, adapters, and typewriters stick to the same format. Moderators and editors love it when you explain jokes and references with comments and links. That looks more professional than submitting the wrong translation. If you're not sure about something, ask your editor!

Finally, remember, you are creating a work for others to enjoy! So get really involved in your translation and make it something you want to pick and read for yourself!

Thanks for reading! We hope you find it interesting and useful. Please leave a comment about your own experience, approach, pitfalls, etc.