Many companies around the world consider Southeast Asia one of the fastest growing markets. This growth is mainly due to young consumers driving changes in the regional economy.

While China is a giant in the emerging market category, multinational companies and investors are focusing on the ten developing markets of ASEAN or the Association of Southeast Asian Nations. The development in each member country of ASEAN is at different levels but each country is showing great potential for growth. The ASEAN region is a very important hub for global trade and manufacturing. Moreover, it is one of the fastest growing consumer markets in the world.

However, unlike in Europe where neighboring countries share some similarities that make it easy for companies and organizations to quickly identify their target market, the Southeast Asian market is very different. Each country has its own complex economic and business systems, making it necessary for investors to fully understand each market one by one. 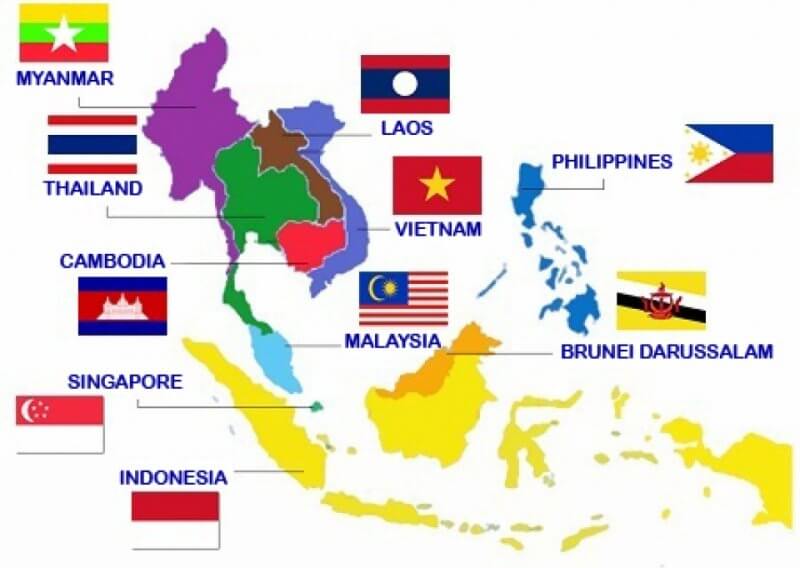 To fully understand the Southeast Asian market, investors must understand the complex and sometimes contradictory nature of consumers in the Philippines, Indonesia, Vietnam, Thailand, Malaysia, Myanmar, Laos, Brunei, and Singapore. and Cambodia. By 2050, it is predicted that the region will be the fourth largest economy in the world.

Collectively, these member states constitute a formidable economic group with an estimated population of 651 million. In 2018, total nominal GDP is estimated at US$3,0 trillion with per capita US$4,600. According to the forecast of the Organization for Economic Co-operation and Development (OECD), the region's average annual GDP will have an average growth of 5,2% from 2019 to 2023.

About 40% of the region's economic output comes from Indonesia, while Myanmar is still a new market still building the necessary institutions after years of isolation. Singapore's GDP is 30 times that of Laos and even higher than Myanmar and Cambodia's GDP. Understanding the Southeast Asian market is understanding that region's diversity in religion, language, and culture. For example, Thailand is predominantly Buddhist while more than 80% of the Filipino population is Roman Catholic. Indonesia, on the other hand, is predominantly Muslim. Investors should understand the cultural sensitivities and needs of each target market in Southeast Asia to ensure success. 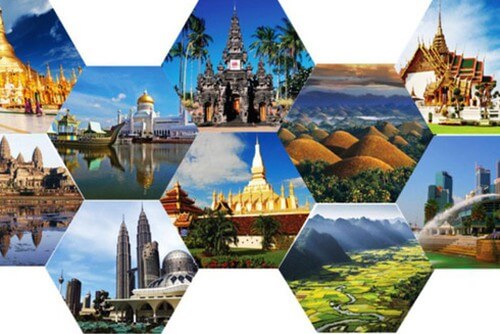 Since 2000, income growth in the region has remained strong, with an average annual increase of over 5%. About 14% of the population in Southeast Asia used to be below the international poverty line of $1.25 a day. In 2013, only 3% remained at that level.

Today, about 67 million households in the region belong to the higher income class to buy products beyond their basic needs. It is predicted that the number of households will reach 125 million by 2025, and the Southeast Asian market will become an extremely focused consumer market in a short time. While Southeast Asian consumers are different, trends show some similarities between them. Many emerging consumers in Southeast Asia are showing an interest in leisure activities. They are increasingly brand-aware and show a preference for new retail styles.

A large portion of Southeast Asian consumers are in their mid-30s, so they still have plenty of opportunities to earn a bigger income. Accordingly, an increase in income is accompanied by an increase in purchasing power.

Consumers in the Southeast Asian market have changed their information. They now use multiple mobile devices, computers and the Internet and have Internet access to shop. Furthermore, they tend to shop more online, whether they want household items, health and beauty aids, fashion or electronic devices.

Urbanization is a contributing factor to the growth of the consumer market in Southeast Asia. Many people in the region are moving into cities and account for more than 54% of Southeast Asia's GDP. By 2025, more than 54 million people will live in highly urbanized cities. Accordingly, the region's GDP growth through 2025 will stem from 142 cities in Southeast Asia with populations between 200.000 and five million.

The growing penetration of the Internet around the Southeast Asian market forces consumers in the region to shop online. Internet penetration in the region accounts for about 25%, while mobile penetration is so far around 110%. Facebook-using Southeast Asia ranks second to the United States, however, you must keep in mind the individual country-by-country resolution as the statistics are not representative of the entire metric. Examples are smartphone penetration and the number of online users in Singapore, which vary greatly from the figures you would get from Myanmar. 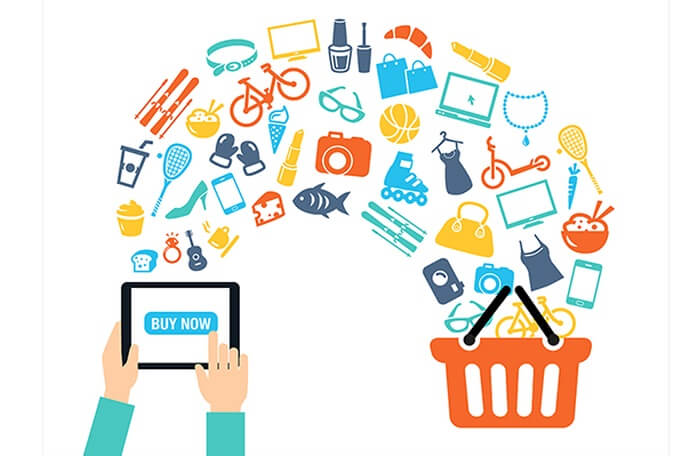 Across Southeast Asia, that focus is on the emerging middle class. From ambition and hard work, their income is increasing day by day. It is expected that by 2022, about 50 million consumers will become middle class in Vietnam, the Philippines, Thailand and Malaysia, increasing the middle class population to 350 million. The after-tax income of the region's middle class will be around $300 billion in about three years.

These new consumers have access to the digital economy, allowing them to see a larger online world outside of their local communities. With that increase in income, they are driven to think of more things they can enjoy, things only their wealthier friends, family, and neighbors have ever had.

The Need for a Strategic Approach

International companies wishing to invest in the Southeast Asian market should perform a detailed analysis of their market research. They must develop the right strategic methods to penetrate each market.

As mentioned, consumers in Southeast Asia are such a diverse group. Many people are still struggling to find a balance between modern and traditional culture. Likewise, companies must change their approach. Most businesses in the area are using traditional methods. They were able to grow their businesses by providing products to the middle class and more affluent consumers in urban centers. Today, they must attract and reach a whole new group of consumers whose information is different from their old customers. These new consumers also have different communication behaviors and consumption habits.

The middle class in Southeast Asia today is everywhere, both in rural and urban areas. While economic growth is more visible in the massive capital cities, there are still many emerging middle-class consumers from communities surrounding the affluent business district.

Corporations need to understand that modern consumers have changed their buying habits. With the rise in disposable income, consumers are now less cost-conscious than they used to be. They shop using different channels and can afford to buy large items. They also have greater access to different communication channels beyond traditional newspapers, word of mouth, radio and television.

New Southeast Asian consumers are attracted to the digital age that offers more choices for them. They have explored the world of online shopping, offering more choices. The resilience and ingenuity of Southeast Asians allows them to keep ties with traditional cultures while remaining digitally connected. With a combination, they can have different perspectives and different ways to express themselves. 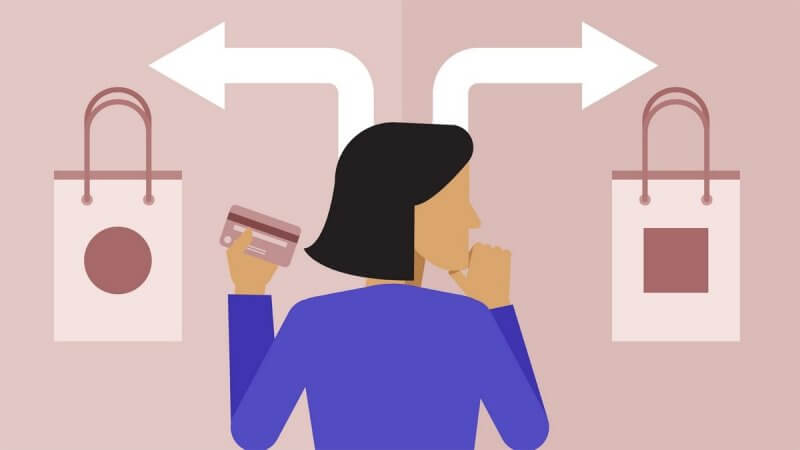 Note: A Guide To Doing Business In France

Another thing that international businesses should be aware of is the emergence of an elite class in Southeast Asia. The area is known for its population of patient, resilient and industrious workers. While the movie “Children of the Super Rich in Asia”, shows extremely wealthy people who don't think twice about spending money and enjoying their wealth, they inherited or acquired through trading stocks and properties, they constitute only a very small minority of the total population in the region. Mass wealth today accounts for about 40% of household wealth in some markets in Southeast Asia and about 10% of the population in the region's most developed markets. However, the upper class is projected to grow to 21% by 2030, accounting for about 136 million people.

They represent a young population that is still under the age of 40. They have received a good education and increased their wealth by being business owners or paid professionals. They also represent a segment of the market that can currently afford luxury goods. In the process, these consumers also change their consumption habits and discover premium products in different categories such as footwear, beverages, food and personal care. They travel for pleasure, flaunting luxury brands but still love to hunt for local brands that are nowhere to be found.

While they love to flaunt their luxuries, they are cautious with their money. They will do their due diligence to make sure that their purchases are worth the money they pay. They may use digital methods but still prefer the shopping experience through traditional methods. Their preferences also change. From being buyers of mass-produced items, they transition to consuming high-end and luxury products. 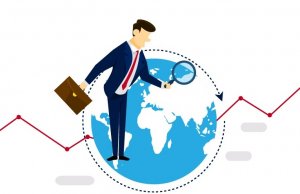 Note: Things to Know When Doing Business in Russia

Moreover, the upper class is expected to grow faster than the middle class in Southeast Asia and the need to enjoy a luxurious lifestyle will distinguish them from others. Unlike the wealthy upstarts who tend to buy indiscriminately, the elite are picky and critical of what they want to buy because they want to show that they have subtle tastes that match their personalities.

Here are some of the top insights that international companies must know to enter Southeast Asia market and access to the region's huge consumer base. Southeast Asia is a large market that shows a lot of potential for international business development. Since the region is comprised of different cultures with different languages, traditions, and interests, this means you need help communicating in your preferred language. Idichthuat - one Translation company specializing in providing accurate - professional - cheap translations best on the market.