100 English Slang Words And Phrases That Surprise You

English is notoriously difficult to understand. Sure, you can master the basic vocabulary to order your own fish and chips, but a complicated pronunciation system with no rules makes it difficult to sound like a native. slightly.

More confusingly, entrenched in British culture exists a language within a language – the art of British slang. 100 English slang words and phrases might be different from what you initially thought. Learn these words and you will soon be a true Englishman. 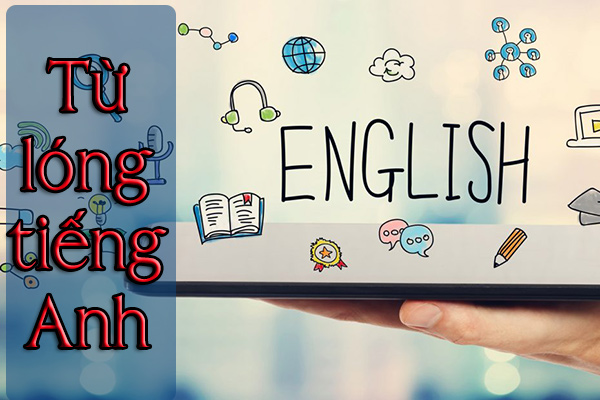 1. All right? Use often as a greeting and do not need an answer. British people will greet friends and relatives using this phrase.

2. Arse: there will be a dictionary to write about this variety of words. In American it means butt. This word can be combined with many other words to create new English slang words.

3. Arse over tit: the awkward fall often when drunk.

4. Arseholed: make sure not to fall.

5. Ass: in the English dictionary, there's actually no such word, it's tough. You have been warned.

6. Bagsy: one of the first words learned by children across the British Isles, shouting is a way of asserting something. The equivalent of a pistol, a successful Bagsy is legally bound in a British court of law (not necessarily).

7. Bloke: a man, commonly called a dude in American English.

8. Baccy: the type of tobacco that you use to roll your cigarettes.

9. Bog: not a swamp, unless you have digestive problems, but a toilet. Britons often find themselves in the toilet.

11. Botched: something doesn't go according to plan.

12. Barmy: if someone calls you that, it means they are not nice, it means you are a bit crazy stupid.

14. Cheesed off: unpleasant, not satisfied. British people spend most of their time cheesed off with the weather.

15. Chips: many Americans have come to the shore and naively ordered french fries, only to be truly royal. In the UK, french fries are crisps. In the US, British versions of thin fries may be called french fries.

16. Chock-a-block: a very busy place. A street, street or shop filled with rafters can be described this way.

17. Chuffed: touched to every bit. Happy, happy, beaming with satisfaction. Don't show it on the outside, remember we are British.

18. Codswallop: a pile of trash, something that is clearly meaningless.

20. Dishy: a person, usually male, very handsome. David Beckham can be described as dishy, ​​or in fact, a bit of a dish.

21. Dodgy: used to describe something a bit suspicious or problematic. The American English equivalent is shady.

22. Dosh: Money.Cash.Slang for all currencies.

24. Easy peasy: if something is not difficult then it is called easy- easy peasy.

25. Faff: Faffing around is a British delight. You are wasting time unnecessarily on something that should be simple. An Englishman likes nothing more than a good faff.

27. Fiddlesticks: a harmless curse word used only by British ladies. Breaking a vase of freshly cut chrysanthemums can lead to a gentle whisper of fiddlesticks.

30. Fluke: luck - if something happens purely by chance then it's luck. But luck usually doesn't happen.

32. Full of beans: a person full of energy, resourceful to the point of bothering.

33. Gallivanting: to wander or wander with confidence.

37. Gormless: stupid – someone who has no clue or concept of what is going on around.

38.Gutted: sad, disappointed If your favorite team just lost, you will be gutted disappointed.

39. Haggle: bargaining – to negotiate or argue about the price of something.

40. Hanky ​​panky: in American English, this is called bluffing.

41. Hard: tough – someone who is ready to confront anyone or anything in a fight. Often a state of self-harm after a few liters of British ale, a tough man is one to avoid.

45. Jammy: lucky – If you are lucky many times, you can be described as lucky.

48. Knees up: English party with beer and music. Just don't end up throwing up.

50. Lurgy: If you have dreaded lurgy – unwell due to flu or cold.

51. Mate: a good friend or an acquaintance. Often used as a greeting or informal term.

52.Mufti: a military term that has permeated British slang for casual or civilian clothing.

53. Mug: fool- gullible person who believes in anything.

57. Nick: steal or take something that doesn't belong to you. If you are later caught by the police you will be "be nicked".

59. Nosh: meal, you can describe a good meal with the phrase “a good nosh up”.

60. Not my cup of tea: a classic English phrase describing a thing or situation that is not to your liking.

61. Nowt: originates from the North of England (an example of where subcategory slang might be obtained). This word has entered the mainstream language to mean nothing – nothing.

62. Nut: headbutting someone in an unpleasant way.

64. Off your trolley: behave in a crazy, unusual way.

65. On your bike: an unpolite way of telling someone to go away.

66. Pants: long pants – it's hard for an American cousin to roll his eyes, but the British "pants" are American panties. They are underneath the trousers. Showing underwear is very rough.

67. Parky: cold, this word to describe the weather is only slightly chilly, not too cold.

68. Pear: shaped – something that doesn't go according to plan.

71. Pissed: does not mean annoyed, angry as in American English. This word means drunk.

72. Plastered: another slang for drunk. One would think the British like to drink beer.

75. Prat: a discreet word describing a fool. Pratting around – to behave foolishly.

76. Put a sock in it: a rude way of telling someone to be quiet.

77. Quid: a slang word for the British pound.

78. Rubbish: everything the British throw in the trash is called garbage – rubbish – not “garbage” or “trash”.

79. Scrummy: a word to describe something delicious, appealing.

80. Skive: to hide – to avoid work or to skip school. Hopefully don't get caught when you hide.

82. Smarmy: flattery – usually male, often flattering for his own sake. It doesn't look attractive at first glance, but it's too flattering.

84. Snookered: no way out – appeared in the English dictionary thanks to the ancient game of snooker, meaning you are in a situation where you are not There is no obvious way out.

86. Shirty: a person who is showing signs of being irritable or irritable can be described as “getting shirty”.

87. Spend a penny: This word means to go to the bathroom, derived from the fact that public toilets charge a penny for their service.

88. Squiffy: a little drunk, a bit dizzy - not too drunk, but a little dizzy.

94. Twee: small, elegant, beautiful. A term that describes many aspects of life in the UK.

95. Take the biscuit: this phrase describes when you rely on your luck. Similar to "take a cake" in American English.

96. Waffle: rambling i- talking continuously about nothing, talking non-stop.

97. Welly: good- If you give something in a good way you have given it in a really good way.

99. Yakking: talking too much.

100. Yonks: phrase about a long period of time. Example: we haven't visited there for yonks.

Above is 100 English Slang Words And Phrases That Surprise You. Hope this information will help you to have more useful luggage about English.