10 Interesting Facts About the Filipino Language

The Philippines is a diverse country with several ethnic and immigrant communities. Currently, 183 languages ​​and dialects are spoken in the country. In 2019, the Philippine population is estimated at 108,2 million, of which 45 million speak Filipino. 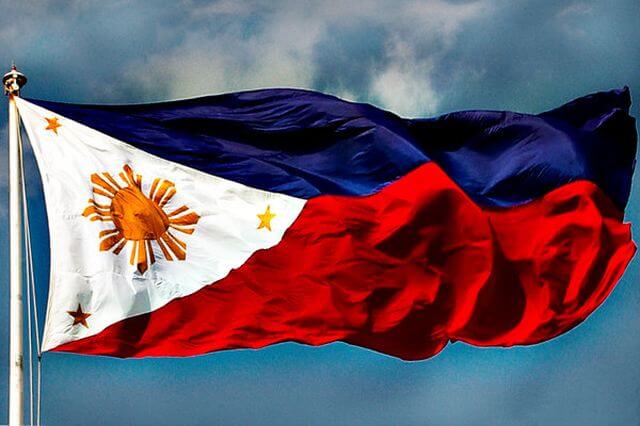 Complex development of the Filipino language

The history of the development of the Filipino language is complex. This language is officially the standard version of Tagalog, spoken mainly in Luzon, the most important island of the Philippines. The majority of Filipino citizens are bilingual and multilingual. To understand the development of the Filipino language, one must know its origins. Tagalog is partly responsible for the appearance of the language Filipino, but in some key areas the two languages ​​are different.

The development of languages ​​around the world is often fascinating because a number of factors often contribute to language formation. The Filipino language is no stranger to this fact. Many interesting factors as well as political and social developments occurred that helped the language's journey from Tagalog to the Philippines. 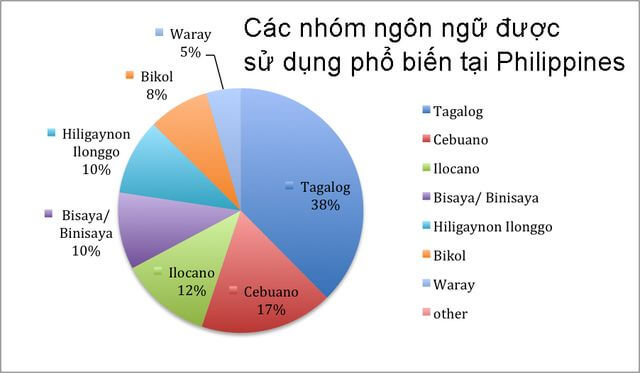 Note: Your Ultimate Guide to Doing Business in Southeast Asia

Interesting facts about the Filipino language

The Filipino language is a member of the Austronesian language family, which includes Malay, Māori, and Hawaiian. It belongs to the Malayo-Polynesian language group commonly spoken by people in several island nations in the Pacific and Southeast Asia.

2. The term Tagalog comes from “taga ilog,” which meant the inhabitants of the Pasig River during the Spanish occupation of the Philippines. The Pasig River is a 25km-long river that connects Manila Bay and Laguna de Bay, dividing the city of Manila and surrounding towns into southern and northern regions.

The term was difficult for the Spaniards to pronounce so it was shortened to Tagalog, so it became the basis of Filipino and other local languages. In addition to the original Tagalog speakers residing along the Pasig River, Tagalog speakers have been found in the provinces of Tarlac and Nueva Ecija, as well as in Quezon, Palawan, Mindoro, Romblon, Marinduque and Batangas. All of these places are on the island of Luzon.

Some of the languages ​​that are variations of Tagalog include Pangasinan, Zambales, Bicolano, Ilocano and Pampango (all spoken in Luzon) and Cebuano, Hiligaynon and Waray (spoken in the Visayas).

3. Tagalog and Philippines have obvious differences, such as:

Structure. Tagalog's vocabulary is broader than Filipino. It is stricter in forming sentence structures and includes a number of rules. The rules for Filipino are fewer, the sentence structure is simpler, and the rules are gentler.

Origin. Tagalog is an ethnic language. Filipino, derived from Tagalog, is a blend of eight language variants spoken in the country as well as Spanish, Chinese and English.
Number of letters. Filipino has 28 letters, combining the 26 letters of the English alphabet plus NG and Ñ. Tagalog has only 27 letters because it doesn't have the letter Ñ. However, in the older version of Tagalog, there were only 20 letters: A, B, K, D, E, G, H, I, L, M, N, NG, O, P, R, S, T , U , W and Y . 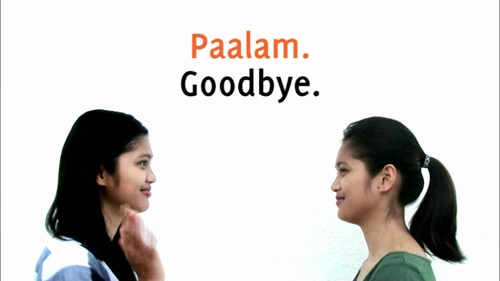 In 1924, a naturalized American citizen of Lebanon, Najeeb Salewise, proposed a national language organization, from one of the languages ​​spoken in the country. Salewise is working in the Philippines teaching Filipinos about self-governance. He was against the use of English as a medium of instruction in the Philippines, and promoted Tagalog. According to him, the language had many advantages over other local languages, as it was related to many Filipino heroes and was spoken in the national capital, then Manila. However, the petition was not approved because many regional representatives opposed it. They want to maintain the use of Spanish and English as the official languages ​​of the country.

5. The Filipino language serves to establish Filipino identity. The Philippines was ruled by several countries, such as Spain for 333 years before under American rule from 1899 to 1902. Japan occupied the Philippines from 1942 to 1945. But before both These three Filipino colonists arrived, Chinese immigrants from the Ming Dynasty were in the Philippines. Thus, when the Spaniards arrived, there were already a significant number of Sino-Filipinos, once known as Sangleys.

Based on these facts, you can see that Filipinos have mixed heritage and no particular identity. Thus, the Filipino language uniquely defines the Filipino identity.

6. The forerunner of Filipino, Tagalog is not a pure language, developed from various influences.

The first Filipino ancestors, Negritos or Aetas, from Asia came to the Philippines via land bridges. They are small people with wide noses, dark skin, thick lips and curly hair. They are followed by two types of Indonesians. The first to arrive was tall, thin lips, high nose, wide forehead and light skin. Indonesia's second wave of immigrants was shorter, with darker skin, heavy jaws, thick lips and large noses. After the Indonesians, the Malays also migrated to the Philippines. That is one of the reasons why it is so difficult to identify Filipinos by their appearance, unlike Chinese or Japanese.

These groups of people influenced the early development of the Tagalog language. Researchers found evidence of Bahasa Indonesia, Malay and even Sanskrit. Later, the language was replaced by Castilian Spanish. It was used as a medium of instruction for the elite, while the rest were forbidden to learn Spanish. Later, Tagalog used words borrowed from Spanish as well as words borrowed from Chinese and English.

The script consists of 20 letters and was officially adopted in 1940 to be used for the new national language, Filipino, based on Tagalog. He published Balarila ng Wikang Pambansa (National Language Grammar), the first local grammar book. It was replaced in 1987 by the modern 28-letter alphabet.

8. Spanish priests did most of the early research on the Tagalog language. The Spanish clerics were the collectors of the grammar rules of the language and its vocabulary.

In 1613, Pedro de San Buenaventura, a Franciscan priest published "Vocabulario de la Lengua Tagala" (Vocabulary of the Tagalog language), the first Spanish-Tagalog dictionary. It is now considered a very rare book. It is edited regularly, with the 2013 version being the most recent.

9. About 33% of the origin of the Filipino language comes from Spain.

You will also find Filipino versions of Malay, such as bilanggo (prisoner), in Malay the word belenggu, kanan (right) from kanan, kawal (soldier) from kawal, kulambo (mosquito net) from kelambu etc some words are derived from Sanskrit, Tamil, Persian, Arabic, Chinese, Japanese and even Nahuatl.

10. Filipino has a long list of words with repeated syllables. Here are some examples:

The Filipino language can be a difficult language for some to understand and many people seem to find it difficult to learn, possibly due to influences from other languages. However, Filipino is a fascinating language and learn a few Filipino phrases like kumusta ka (how are you), magandang umaga (good morning), magandang tanghali (noon), magandang hapon (good afternoon) , magandang gabi (good evening) and salamat po (thank you), might be what you need.

If you are looking for Filipino or Tagalog translation services, then please contact Idichthuat. We have a team of domestic and foreign translators who have long experience in different specialized fields. We are proud to be the leading unit in Vietnam providing professional Filipino translation services - quality - cheap price and lifetime after-sales service to all customers.